For over 40 years, the Tower Group remains a leading and trusted brand for providing professional recruitment and payroll services that exceed expectations. 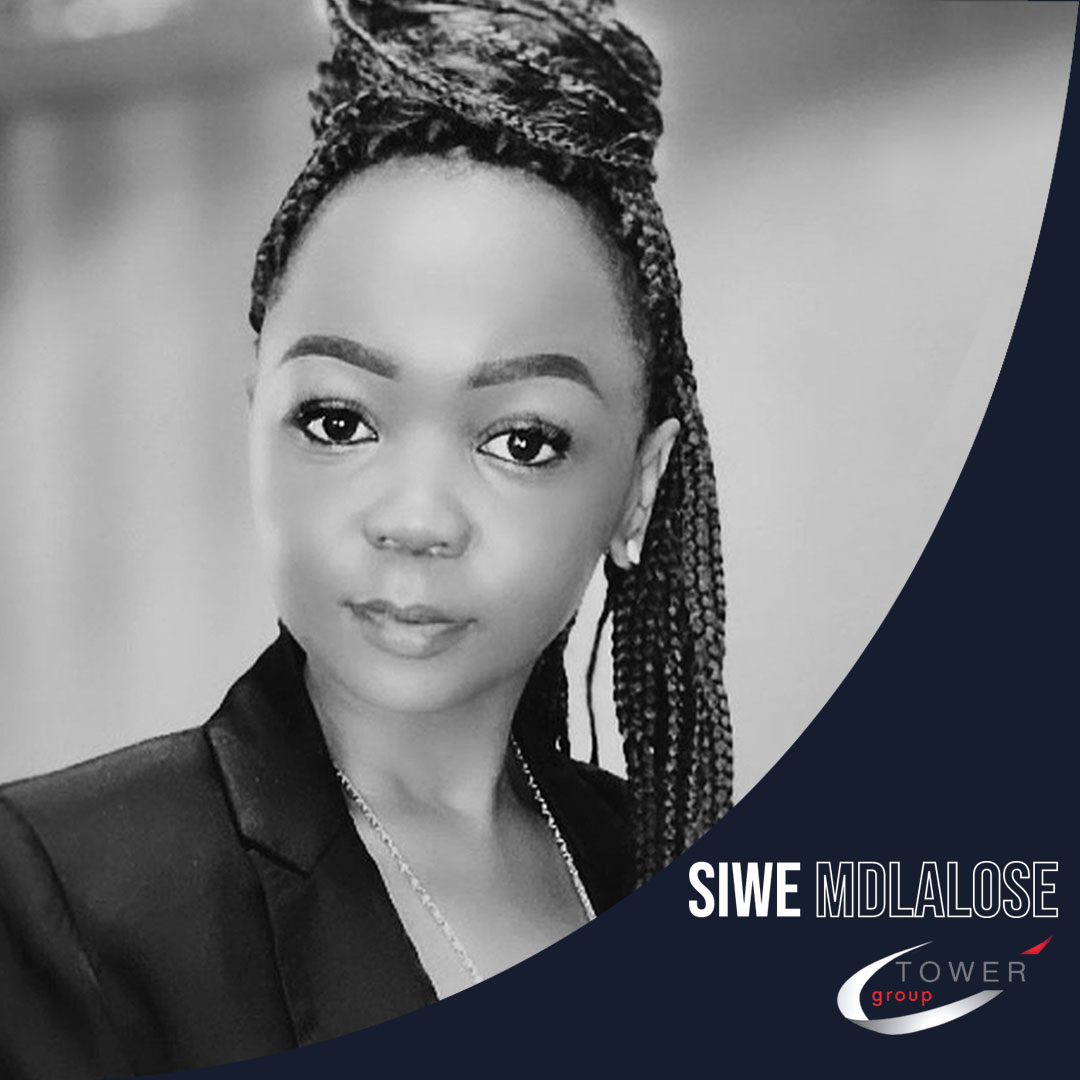 “I am a person of not so many words,” she starts off. But looking at her picture, there are a thousand words that come to mind: Determined; Fierce; Focused; Kind; Graceful… to name only a few.

Fifteen years ago, a young Siwe made a life-changing decision. As a student, her career – her life – was only beginning, and at the hand of fate she was offered an opportunity to join a learnership with Tower Group. A brave woman, Siwe made the choice to trust her instinct and follow this new path – a path that emboldened the budding leader in her so that she would become the woman she is today.

When did you start at Tower Group?
“I started with Tower Group in August 2006, via a SETA learnership. Through equal parts hunger and hard work, I earned my first position as a recruitment administrator.” Shortly after officially joining the Tower Group team, Siwe moved into a Consultant Support role. When the consultant she was assisting retired, it was time for Siwe to stretch her wings and fill the position she’d been shadowing. Now, Siwe is a Divisional Manager for the NGO Division, running one of Tower Group’s largest, multi-million-Rand projects. What are her thoughts on her flight to success? “The sky is the limit.”

Tell us more about your story, about the climb in your career.
“My introduction with Tower Group started when I was approached by the Durban Branch Manager for a learnership programme that they had going.” This chance meeting swept her out of her life as an Interior Design student, and thrust her into the Recruitment Industry. Although it was oceans apart from what she was used to, Siwe says she was ready for it: “Recruitment was something totally different from my career path, however it was something I wanted to take a chance on.”
Taking that chance certainly paid off. Now, 15 years later, Siwe is a Tower Group Trailblazer! As a leader, she guides her team of 12 in an ethically sound manner, upholding all the core values that are true to Tower Group.

What drives you to keep reaching higher?
“Hunger and hard work. My attitude to my work is more dynamic, goal orientated, creative and self-driven. I am passionate about people, growth and development, which makes my current role in the industry that I deal with so much worthwhile.”

Let’s talk about Leadership
“Lead by example.” Words to trust from the young woman in the picture. While leading her team and still growing in her role, Siwe says that she has learnt that leadership is about making others better as a result of her uplifting presence. “I want to make sure that impact lasts in my absence.” Siwe believes in offering support and continuous guidance: “By enabling access to resources and as much information as possible, and guidance to perform well under various circumstances.’’

Last words?
“My mission is to change the NGO narrative by challenging the mindset and approach towards the placement of healthcare workers in the medical and community-based sectors.”

Previous Post It’s not all Peachy – and that’s okay!
Next Post LEADERS! WHAT ARE YOU INVESTING IN?

This website uses cookies to improve your experience while you navigate through the website. Out of these, the cookies that are categorized as necessary are stored on your browser as they are essential for the working of basic functionalities of the website. We also use third-party cookies that help us analyze and understand how you use this website. These cookies will be stored in your browser only with your consent. You also have the option to opt-out of these cookies. But opting out of some of these cookies may affect your browsing experience.
Necessary Always Enabled
Necessary cookies are absolutely essential for the website to function properly. These cookies ensure basic functionalities and security features of the website, anonymously.
Functional
Functional cookies help to perform certain functionalities like sharing the content of the website on social media platforms, collect feedbacks, and other third-party features.
Performance
Performance cookies are used to understand and analyze the key performance indexes of the website which helps in delivering a better user experience for the visitors.
Analytics
Analytical cookies are used to understand how visitors interact with the website. These cookies help provide information on metrics the number of visitors, bounce rate, traffic source, etc.
Advertisement
Advertisement cookies are used to provide visitors with relevant ads and marketing campaigns. These cookies track visitors across websites and collect information to provide customized ads.
Others
Other uncategorized cookies are those that are being analyzed and have not been classified into a category as yet.
SAVE & ACCEPT